The Denver Night Owls* wanted to increase fan interaction and participation during their games.  Their advertising agency advocated the use of a mobile marketing platform, specifically text messaging.  The agency wanted the team’s players to personally interact with fans on a mass level. The agency also wanted to develop the team’s opt-in mobile list for future promotions.

The Agency reserved a short code specific to the Denver Night Owls. The team used the code to launch their campaign. They tried several different ways to get their fans engaged and to communicate via text.  They invited fans in the stadium to text. Invitations were broadcast on the big screens during the games.  The invitations drew some fans to opt-in but didn’t get the numbers the agency was hoping for.  So they launched initiatives offering giveaways and mobile surveys to win autographed baseballs.  The text-to-win campaign brought a higher level of fan engagement but still not hitting the high numbers.  Then they implemented a new text-to-win initiative that offered discounted ticket prices for future games.

The agency expanded the text-to-win to radio & TV when the game was being broadcasted.  This campaign showed a marked increase in ticket sales because fans were at home and had easy access to buy tickets online.

By the end of the summer, the number of fans using mobile to connect with the team increase by thousands and an additional 490 tickets were sold for their next game, a marked increase of 61%. The cost of the campaign itself was under $800 and the agency created a whole new way to integrate mobile marketing with live events and to connect with fans in a very personal way.  –KK

*We are sure you can see that if you know sports teams, the Denver Night Owls is a fictitious name to protect the agency’s confidential white label solution with ProTexting.com!

P.S. Also, checkout our Text 2 Screen technology via SMS and MMS, used by top brands and sport teams in the USA. 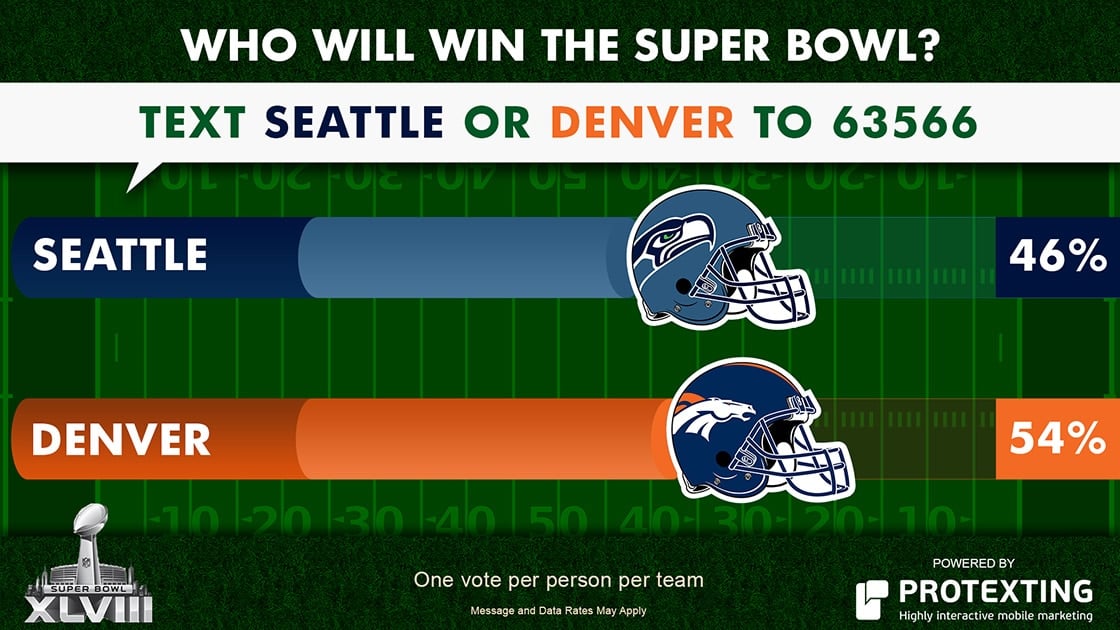